Thought of the day

If guns were outlawed, fewer outlaws would carry guns.

Dear Assholes: an open letter in support of Rebecca Watson

I can’t really believe we are doing this all over again. Last year it was “elevatorgate”, and this year it’s the “not going to TAM shitstorm”. Both of these huge blowups have been caused by people who self-identify as “critical thinkers” attacking (harassing, threatening, name-calling…) an outspoken leader in the skeptic movement for – *gasp * – expressing her opinion.

Last year, Rebecca suggested on one of her regular youtube videos that propositioning a woman in an enclosed space late at night was not a way to make a woman feel safe and comfortable, especially not after she had announced that she was tired and just wanted to go to sleep. This triggered a series of escalating responses from both men and women.  These responses ranged from the spurious (“others face more threat than you did, so why are you complaining”) to the absurd (“if we can’t proposition women in secluded elevators, how will we ever get a date”) to the thuggishly moronic (“fuck you, you should be raped”). And these, for the most part, from people who could rhyme off a dozen or so logical fallacies at the drop of a hat. Obviously they don’t actually understand the application of those logical fallacies in rational discourse.

This year, Rebecca stated that she didn’t want to attend TAM because JREF president D.J. Groethe chose to blame “…irresponsible messaging coming from a small number of prominent and well-meaning women skeptics…” for the decline in women registrants this year, rather acknowledging that the best way to attract more women might be to assure them that steps were being taken to make the event as safe and friendly to all participants as possible.

As with elavatorgate, Rebecca received a torrent of hate mail, threats of rape and accusations of all sorts. Again, this is the skeptical, supposedly critical thinking community. Apparently William Steig was right when he said “People are no damn good”.

So let me spell it out to those who feel it is okay to harass Rebecca Watson for stating her opinion, and I will try to use as few syllables in each word as possible:

If you scream that someone should be raped for saying that they don’t feel entirely safe attending a conference with you, I think you kind of make their point for them. Don’t you?

So to all those misguided, misogynistic, ignorant, threatening, willfully blind assholes out there, just grow up, will you? 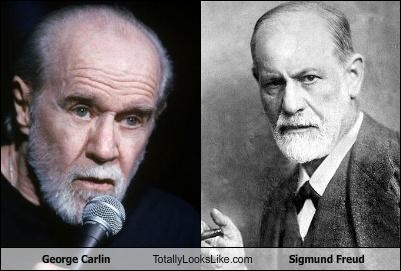 Creationists – the loud ones, like Ken Ham, Kirk Cameron, and Kent Hovind – often repeat that evolution, like religion, is a matter of faith, and therefore evolution and religion-based beliefs on creation stand on equal ground. But this is a rhetorical ruse. In order to uncover the man behind this curtain, we need to look at “faith” vs “Faith”.

Faith with a capital F refers to religious faith – complete, unwavering acceptance of the tenets of a religion. But faith with a small f means something different. We can say we have faith in a pilot, and in the aircraft he is flying. What this means is not a complete, unwavering acceptance of the miracle of flight, but that we trust the pilot’s training, and the engineers’ skill. But that trust is not unwavering – evidence to the contrary (missteps by the pilot, or mechanical issues with the aircraft) will shake that trust. In the case of religious Faith, many are taught and believe that evidence contradictory to their religious beliefs is there to test their Faith, and so they entrench themselves further rather than changing their worldview.

Creationists will say that you have to have faith in Science just as you have to have Faith in religion – but you don’t. The reason Science is so reliable is that it works whether you believe in it or not! You can disbelieve in gravity, rocket propulsion (aka Newton’s 3rd Law), fluid dynamics, and evolution all you like. But that doesn’t make them not happen. So while most people do put some faith (trust) in Science, it is not required that they do so. And, in fact, a critical eye and healthy dose of skepticism (by which I mean real skepticism, not denialism) are necessary for Science to move forward – so scientists who trust the preponderance of existing knowledge do not automatically trust new discoveries.

So the next time you hear the argument that Science is just like religion, because it relies on faith, call that argument what it is: Bullshit.

Imagine, if you will, a small group of people keeping a large group of people hostage, threatening harm to them and with uncertain outcome, unless another group concedes to their ideological demands. If the ideology in question is Islamic fundamentalism, then these people would likely be labeled terrorists. But what if the ideology is ultra-right-wing conservatism? That is the scenario playing out right now with the Tea Party.

This vocal and intensely ideological faction of the Republican Party is holding the entire economy of the United States, and by extension the people of the United States – not to mention economies around the world – hostage. Why? Because they stubbornly adhere to an ideology of reduced taxation, and refuse to allow new taxation to resolve the debt crisis. Never mind the economic theory, and to hell with actual common sense. It’s their way or the highway.

The frightening thing is that this group is the same group that criticized Obama for opening dialog with Iran. They criticized him for even thinking of “negotiating with the enemy”. So we know, and Obama should have known, that these people will not negotiate, and yet the Tea Party knows that Obama will, and they are willing to recklessly bet the global economy that Obama will blink first. Unless the President can find a way to bypass the impasse through executive orders, I suspect he will have no choice but to cave to their demands – because unlike them, he has enough of a conscience to recognize that the needs of the many far outweigh the ideological standpoint of the few.

The Tea Party are terrorists. Fuck you, Tea Party.

That about sums it up…

Some of you may have seen this floating around:

Kinda cute, in a condescending sort of way. But, we don’t believe in luck, either. That’s kind of the point.